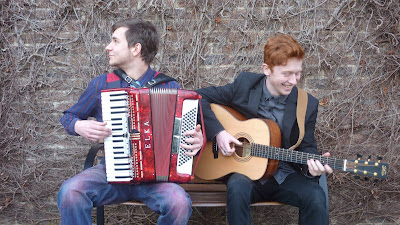 Tom and Jack grew up in families with a long involvement with folk music in Sussex.

Tom’s Dad is a regular contributor to local sessions and his multi-instrumentalist Mum, Sue, is a pivotal member of the famous Twagger band. He too can turn his hand to a variety of instruments and has been playing in public since he was 11.

Jack’s parents, Becky Martin and Leon Hogsden, are steeped in Sussex traditions. Excellent musicians and singers, they are integral to the activities of Ditchling Morris.

It’s unsurprising, therefore, that their repertoire comprises mostly English songs and tunes as well as those of Ireland, Scotland and North America. 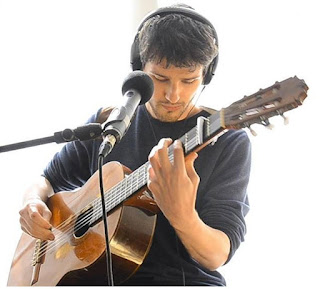 Having already forged a reputation as an insightful lyricist in his native Hampshire, Dom has been turning heads on the Brighton music scene of late.  Hearing his father playing traditional Scottish music he was later influenced by the songs of the Durham miners in a documentary he encountered during his film studies.

For him the creative process begin as poems but his captivating melodies transform them in a most felicitous way.
Posted by Brighton Acoustic Session at 14:31