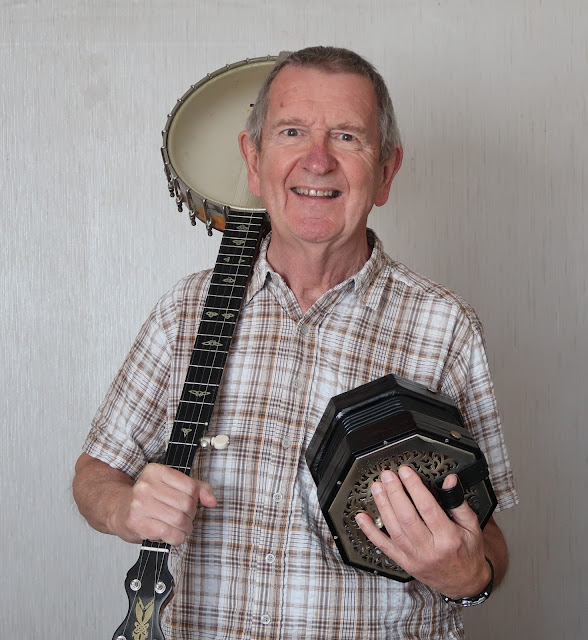 We used to meet up at The Black Horse in Kemptown. The landlord and most of the customers were Irish and they all seemed to have a tune in them. We had some raucous, unforgettable nights there. Then one day the shutters went up and found ourselves at The Lord Nelson.  By this time we found we had more listeners than players so decided to relaunch in our new format. So, on January 8th 2008, it was Ray who stepped into the breach and gave us a night to remember.

In the intervening decade we have had the support of some folk A-Listers like Tom Paley, The Copper Family and Phil Beer. But we have also given bookings to emerging talent, some of whom were being paid to play for the first time. In the last year three quarters of our sessions have featured guest artists aged (around) 30 or younger.

So, our guest  is a multi-instrumentalist but the term doesn’t do justice to his virtuoso playing across a variety of settings and he is widely admired for his development of banjo playing techniques suited to English and Celtic tunes. This led to several appearances on Andy Kershaw’s world music programmes on BBC Radio 1 and 3.

He is a most engaging performer, with a bagful of traditional and music hall songs. And I will always remember the night in a bar full of noisy revellers when he took up his little wooden flute to play a haunting slow air and held the place in spellbound silence.

So, thank you so much for your loyalty and encouragement these past ten years. It’s what’s going to keep the club going. Thanks also for the personal goodwill messages  -  I hope to see you again in the coming months. If I can get a slot, I’ve learned some new jokes.

Posted by Brighton Acoustic Session at 14:07