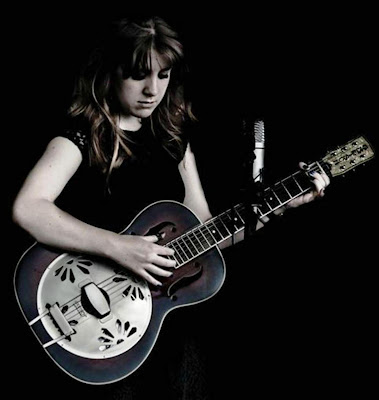 ELSIE FRANKLIN grew up in a home filled with music. Her Dad, Adam, is a musician of international repute who plays host to countless American roots players touring the UK, with whom she has shared sessions round the kitchen table from an early age.
Small wonder that, still in her teenage years, she has become a performer of astonishing maturity, not only in her interpretations of classic s from the country blues repertoire but also of her stylish original material.
Having played all over the UK, she came to the attention of the legendary Dave Kelly, of The Blues Band, whose sister, Jo Ann Kelly was an early inspiration.

He says: "Elsie Franklin is the most natural blues singer I've heard in years. Her guitar playing is pretty damn good too, uncluttered and tasteful, she really understands the genre - she's the whole package" 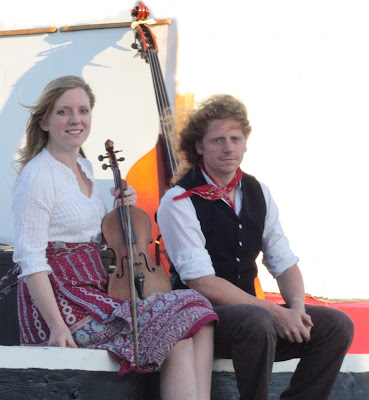 Having come from contrasting musical backgrounds Emily Hall and Josh Slowley came together to form THE NAUTICAL STRING SECTION. Drawing on such diverse influences as Martin Carthy, Stephane Grappelli and Wolf People, their music encompasses shanties and traditional songs to the music of 1930s Paris, with the odd stopover in the Appalachian mountains.


Emily plays and dances with The Cuckoo’s Nest morris side, while Josh is also a member of The Wellington Wailers shanty group.
Posted by Brighton Acoustic Session at 06:23