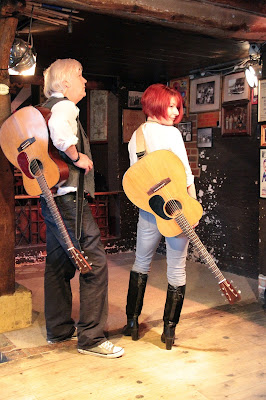 Sussex folk stalwart TERRY LEES is joined by songwriter MEL HAYES, whose vocals and guitar playing have been heard in music venues and TV studios worldwide.

Terry’s heart is in Celtic and British traditional music but he is also a master of jazz, blues and ragtime. He won National Guitarist of the Year at the Wembley Arena and has supported Fairport Convention, Davey Graham, Bert Jansch and Lonnie Donegan, among others. He is also a fine singer.


"A consummate performer of the style that has moved English guitar playing light years on!” Traditional Music Maker

Posted by Brighton Acoustic Session at 14:36