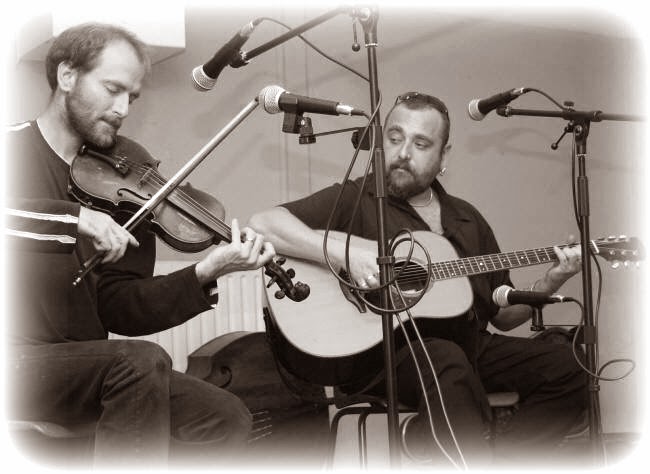 With songs and tunes from Ireland, the USA, Sweden and eastern Europe, Tab’s lightning-fast flatpicking is the perfect foil for Ben’s fluid bowing style.

Each has performed in an uncommonly diverse range of musical genres - and everything that they have absorbed over time is now synthesised with a rapport which only years of playing together can produce.

What a shame then, that their only album as a duo was released over 15 years ago - a state of affairs which typifies their modest attitude to self-promotion in a world in which it is not unknown for singers and bands to be touting CDs after a handful of floor spots.

Also appearing in a support slot will be the talented DYLAN HODGSON, an already accomplished fingerpicker and singer not yet out of his teenage years. He shows a great understanding of roots music styles from both sides of the Atlantic and is very fine prospect indeed.
Posted by Brighton Acoustic Session at 16:01