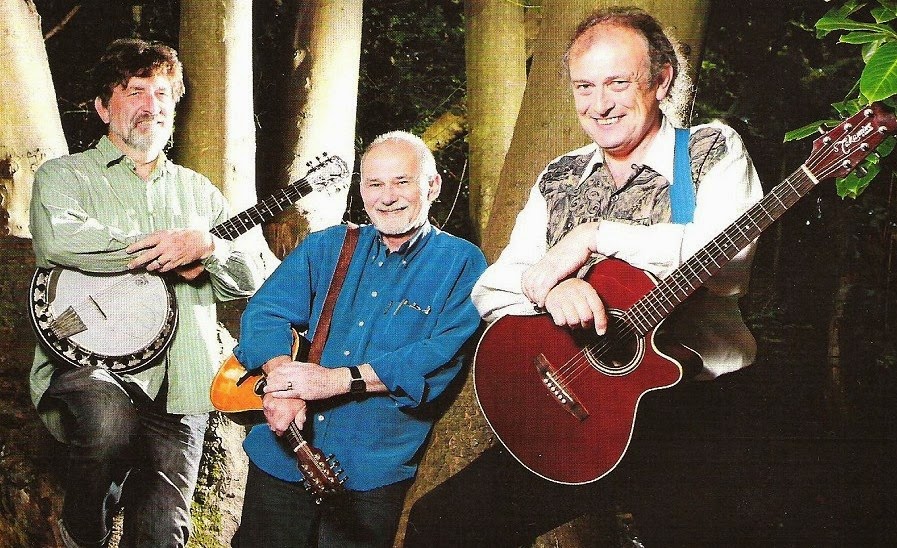 An evening spent in the company of TITUS is always a pleasure.

“Eclectic” is how they describe themselves  -  a not unwarranted description given their singular treatment songs from the 16th century through to Bruce Springsteen.

This hugely experienced trio can be relied upon for an entertaining blend of profundity and levity  -  the product of years of gigging in clubs and pubs throughout the south east.

From a personal perspective I have fond memories of playing with my former colleagues in The Taverners at the legendary folk clubs in Fairlight and Battle of which Ian Dobson used to run in the Hastings area. We were privileged to have been booked back in those golden days alongside Christy Moore, Jake Thackray, Alex Campbell and The Fureys etc.

One of his memorable bookings was that of Ronnie Drew. The Dubliners front man had reportedly emptied the British Rail buffet car of miniatures on his way from London to the Black Horse Folk Club at Telham but had delivered his first set in inimitable style. An additional six pints of Guinness during the interval, however, meant that by now he had forgotten what he’d already sung and started his second set in identical fashion to the first. After repeating the first two songs, complete with rambling introductions word for word, Ian and fellow organiser John Towner bundled him off stage, called a taxi, gave his gig fee of £60 to the driver and told him to drop him off at any pub in Camden Town. John Barleycorn had proved the stronger man at last...